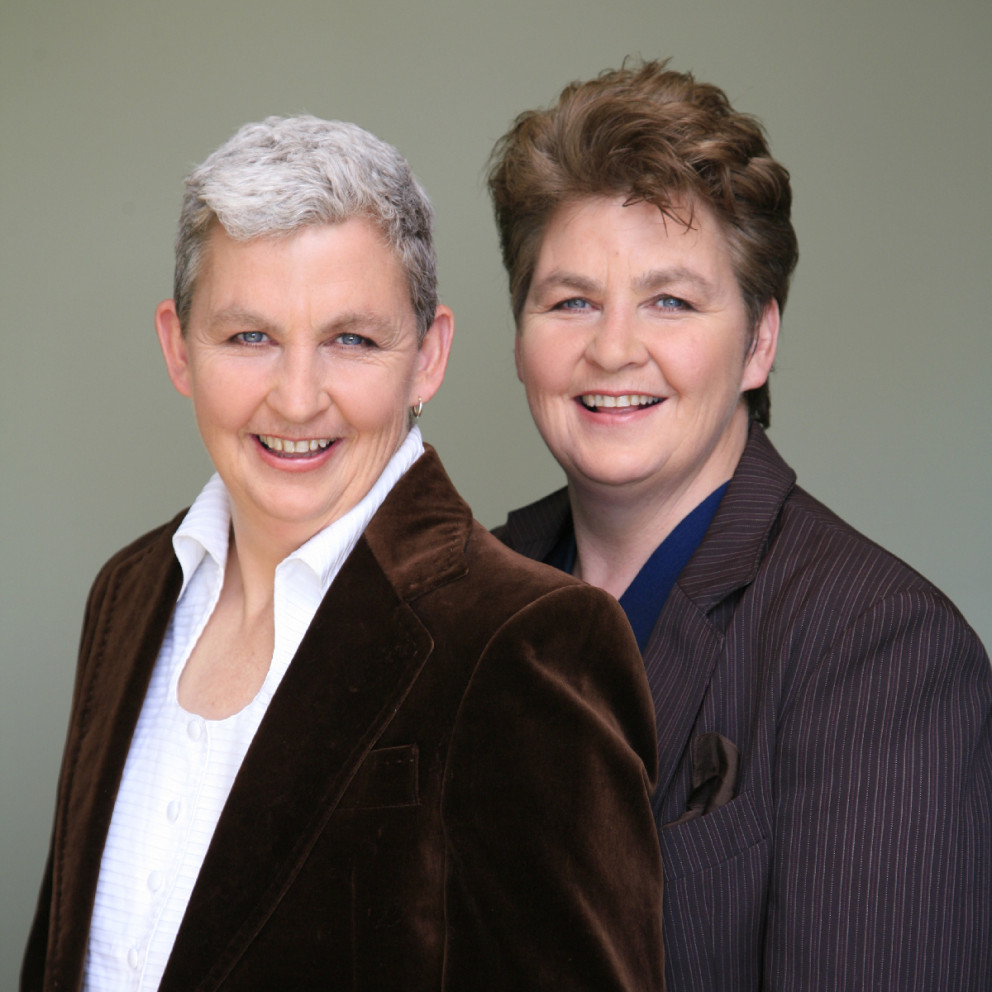 The Topp Twins, identical twins sisters Lynda and Jools Topp, are New Zealand national treasures who have performed around the world as an original comedy-music duo for more than 25 years. The twins re-invent themselves on stage, changing character, musical style and gender with ease. Armed with guitar, mouth-harp and spoons, they deliver original songs and character comedy with their unique trademark style of spontaneity and audience participation.

The Topp Twins have had their own award winning TV series, released several hit albums and children’s audio books, and have been inducted into the New Zealand Music Hall of Fame. They have also been featured in a documentary film about their lives, Untouchable Girls, which won the “Audience Award” at the Toronto International Film Festival.