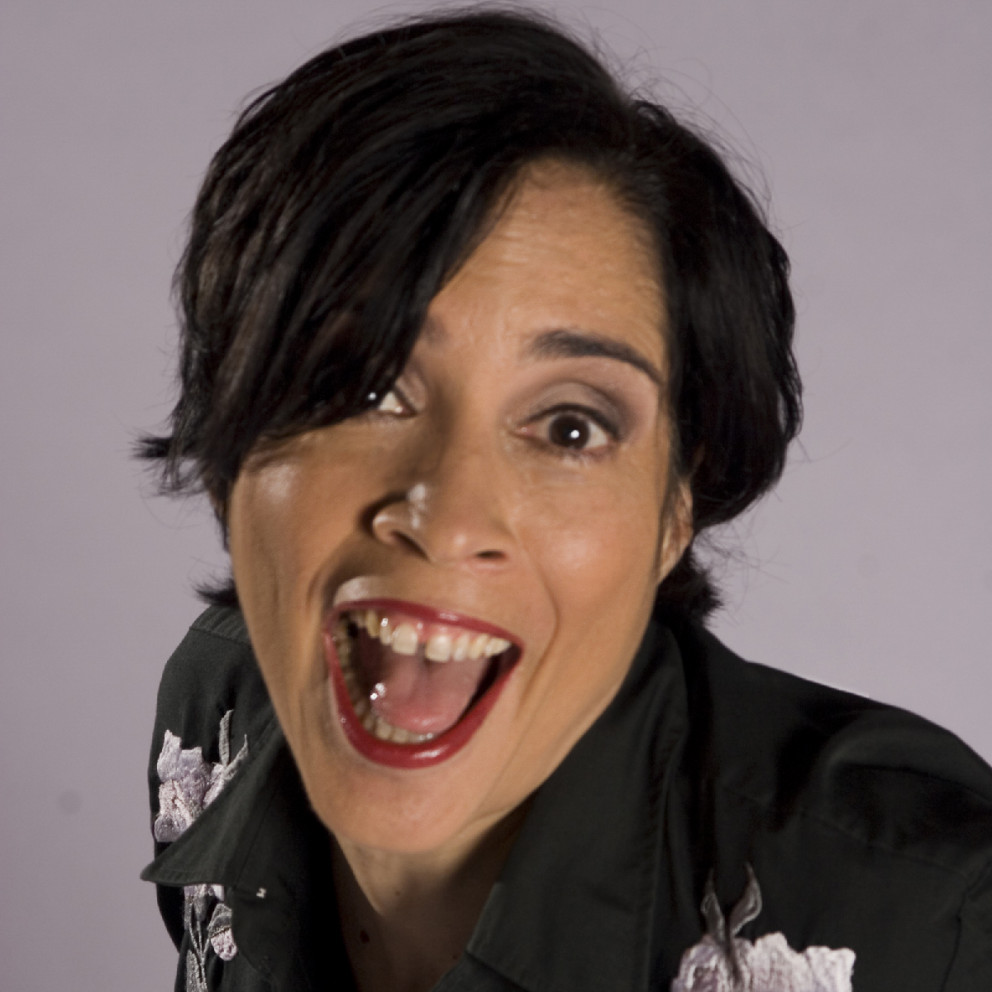 Marga Gomez is known for her work in solo performance and stand up comedy and for being one of the first openly lesbian performers in the nation. She has appeared on LOGO’s “One Night Stand Up,” Showtime's "Latino Laugh Festival,” Comedy Central’s “Out There" and HBO’s “Comic Relief” at the invitation of Robin Williams who called her “Amazing… a lesbian Lenny Bruce.” She has been a guest on leading comedy podcasts Marc Maron’s "WTF," "The Keith and The Girl Show” and Kevin Allison's "Risk."  Her comic style has been described as “deliciously cheeky and incendiary” by the New York Times and “salaciously surreal” by the San Francisco Chronicle. She is a regular at SF Comedy Day and has been featured at numerous comedy festivals including SF Sketchfest, Montreal’s Just For Laughs, South Beach Comedy Festival, Vancouver Comedy Festival and The Edinburgh Fringe Festival.

The SF Weekly named Gomez one of “2016’s Artists To Watch.” Huffpost named her an "Agent of Change" in 2015. She is also a GLAAD Award winner, a Theater LA "Ovation Award" winner and triple winner of the San Francisco Bay Guardian’s “Best of The Bay Comedian Award.” Marga is also the writer/performer of eleven solo plays which have been presented Off-Broadway and internationally. She was a founding member of the Latino ensemble Culture Clash. Her acting credits include Off-Broadway and national productions of The Vagina Monologues sharing the stage with Rita Moreno and Vicki Lawrence and roles in HBO's "Tracey Takes On..."  and Warner Brothers film's "Batman Forever" and "Sphere." Gomez can be seen December 2016 in season two of the Netflix series "Sense 8"

Marga also teaches solo performance in classrooms and online and is a tenured Artist-in-Residence at Brava Theater.  Selections from Gomez’s work have been published in several anthologies including Extreme Exposure (TCG Books), HOWL (Crown Press), Out Loud & Laughing (Anchor Books), Contemporary Plays by American Women of Color (Routledge) When I Knew (Harper-Collins) and Out of Character (Bantam Books.) She was born in New York City to entertainers in the Latino community. Her father, a cuban immigrant and influential comedian in his time, is the subject of her upcoming solo show "Latin Standards."