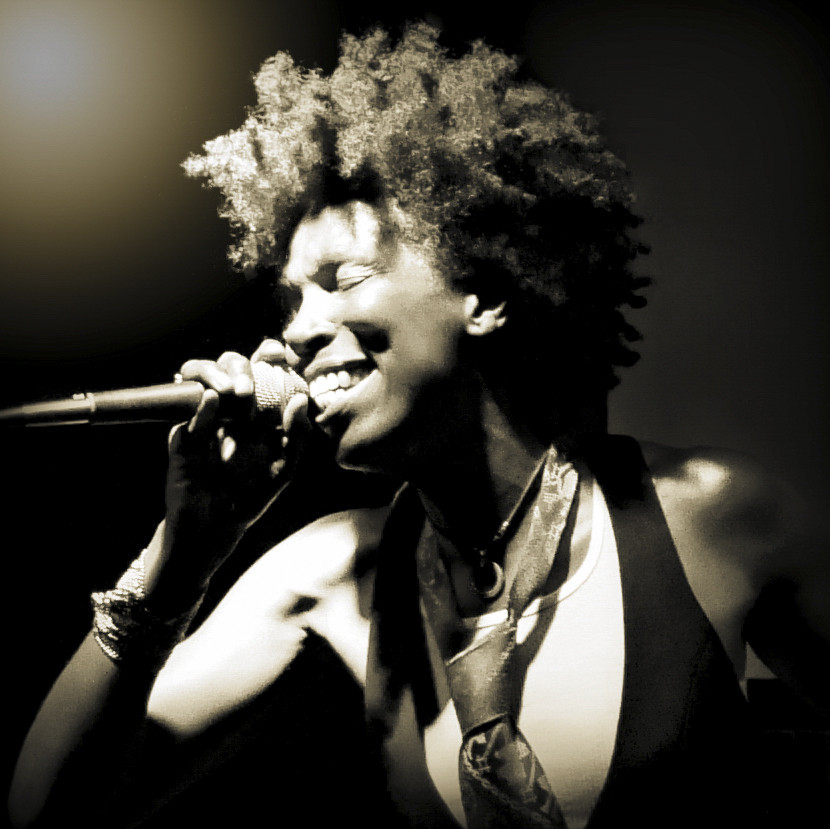 Kofy Brown, an Oakland, CA musician, singer and songwriter has been a pioneering force in the Bay Area’s hip-hop soul scene for the last couple of decades. Leading her band on tour paving the way for other indie artist to trek forth, the Kofy Brown Band have spread the gospel of Brown’s unique style of soul, rock, funk and more all-over North America, Canada and Europe. Kofy Brown has thrived by following her own creative path.  She and her band have developed a reputation for putting on an outstanding live show.  Her music is a soulful combination of funk, rock, blues and hip-hop topped off with a singing and rap style she calls word song.