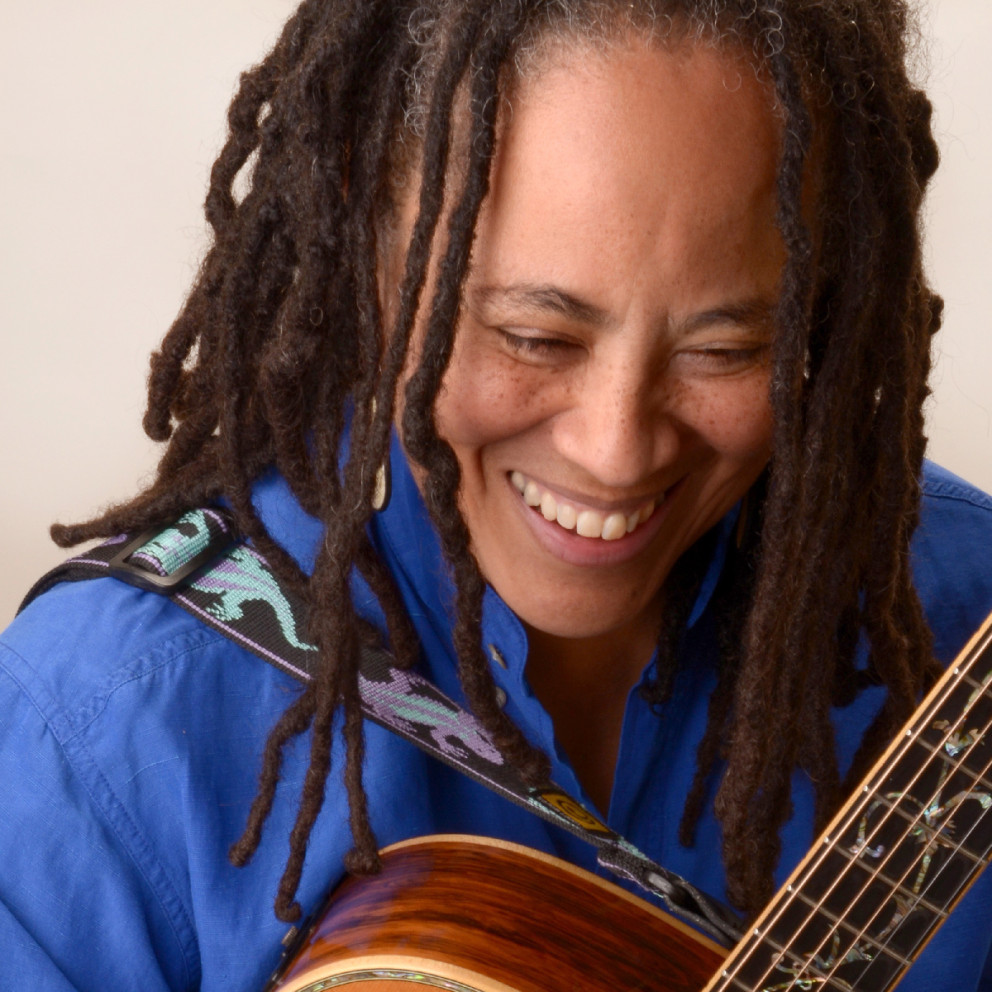 Affectionately dubbed the "dreadlocked troubadour" by The Miami Herald, Deidre McCalla and her music embrace and celebrate the power and diversity of our lives. Ms Magazine named Deidre’s first Olivia recording ‘Don’t Doubt It’ one of 25 Classic Women’s Music albums. Her second album for Olivia 'With A Little Luck' received a San Francisco Cable Car Award and was declared one of the Ten Best Albums of the Year by the Oakland Tribune. Deidre’s most recent release ‘Playing for Keeps,’ on her own MaidenRock label, was listed as one of the Best CDs of the Year by Rhythms Magazine.

With five critically acclaimed albums under her belt and shared stages with a long list of notables that include Suzanne Vega, Tracy Chapman, Holly Near, Cris Williamson, and Odetta, Deidre McCalla has captivated audiences from college coffeehouses to Carnegie Hall with delightful storytelling, vocals both graceful and gritty, and a warmth and generosity of spirit that should not be missed. Deidre has taught Performance at Warren Wilson College's Swannanoa Gathering and her work has been published in Home Girls: A Black Feminist Anthology, The Original Coming Out Stories, and Chrysalis: A Feminist Quarterly; she is also featured in The Power of Words: A Transformative Language Arts Reader.