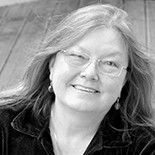 Dorothy Allison is the author of Bastardout of Carolina, a finalist for the 1992 National Book Award, and Cavedweller (Dutton,1998) a national bestseller and a New York Times Notable Book of the Year, as well as the memoir, Two or Three Things I Know for Sure (Dutton, 1995), and the poetry chapbook, The Women Who Hate Me (1990). She has a collection of short fiction, Trash, published in two editions—from Firebrand in 1989 and in an expanded edition from Penguin, 2003. In addition, she has a book of essays, Skin: Talking About Sex, Class and Literature (Firebrand, 1995). A new novel is forthcoming from Viking Penguin.

Bastard out of Carolina was made into a highly acclaimed film, directed by Angelica Huston. Two or Three Things I Know for Sure was translated into a short documentary that took prizes at the Aspen and Toronto film festivals, and was an Emmy-nominated feature on PBS’s POV. Cavedweller was presented Off Broadway by the New York Theater Company in the spring of 2003, and, in 2004, it was made into a film by Lisa Cholendenko, featuring Kyra Sedgwick.

Aboard member of the Fellowship of Southern Writers, and a past member of the boards of both PEN International and Feminists for Academic Freedom, Allison has taught at some of the most prestigious institutions in the country.She continues to be a sought after lecturer and teacher, and has been writer-in-residence at numerous universities, McGee Professor and writer-in-residence at Davidson College, Emory University Center for Humanistic Inquiry’s Distinguished visiting professor, honored lecturer at John Cabot University in Rome, and a visiting professor at Columbia College. A contributing editor to Tin House, she has taught at the Tin House summer program at Reed College in Portland, Oregon over most of the last decade.

Allison makes her home in Northern California. She and her partner, Alix, were married on All Soul’s Day in 2008, the day before California passed Proposition 8, making such marriages illegal. Their son, Wolf Michael, was their best man.