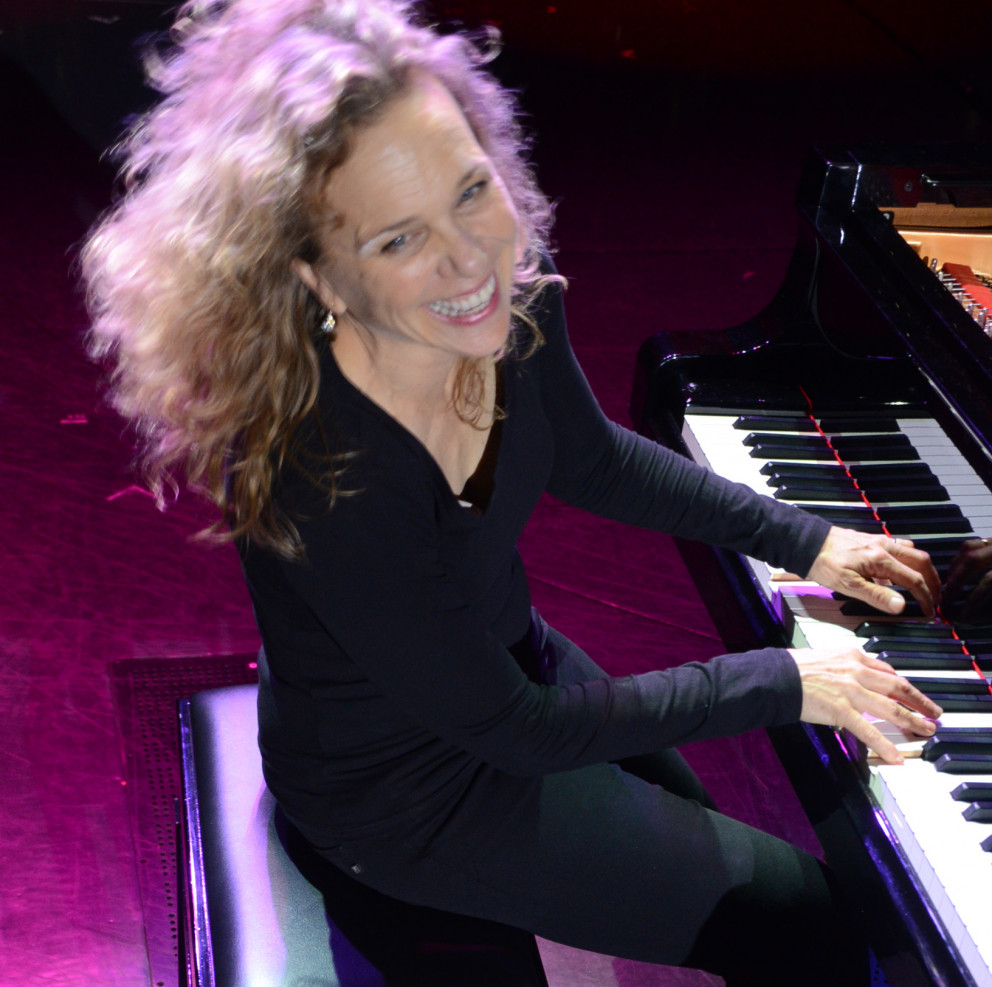 Called "a bolt of bright sunlight" by the L.A.Times, and a “classy talent” by the Boston Globe, Barbara Higbie is a Grammy-nominated, Bammy award winning composer, pianist, singer-songwriter and championship fiddle player with 14 solo and group CD’s. She has played on 100 albums, recording with Carlos Santana, Bonnie Raitt, Cris Williamson, Holly Near, Teresa Trull and many others. Her duet recording with Trull,“Unexpected,” (on Olivia/Second Wave Records 1983) made Higbie/Trull one of the most popular acts in Women’s Music. Barbara was the first woman to be signed to the ground breaking instrumental label, Windham Hill Records, appearing on seven of their multi-million selling “Winter Solstice” CD’s. Her live show is a high-energy mix of original tunes, blues, country, folk and fast fiddling.

The youngest of six kids from a musical family, Higbie started piano at age four. When she was 13, her family moved from small town Indiana to Accra, Ghana. Upon returning to the states, she attended Mills College and the Sorbonne, was awarded a Watson Fellowship and placed 6th in the National Women’s Fiddle Competition in Weiser, Idaho. Her first solo CD on Sony Records, a singer-songwriter album, was named “Top Ten of the Year” by the Washington Post. In 2011, Higbie was named the first “Artist in Residence” for the famed West Coast jazz club, Yoshi’s. There, she started the group “Hills to Hollers” with gospel/soul singer Linda Tillery and bluegrass star, Laurie Lewis, exploring the roots of American music. Her most recent solo CD is “Scenes from Life,” a cinematic instrumental work. Barbara tours nationally and has performed on over 25 Olivia trips.