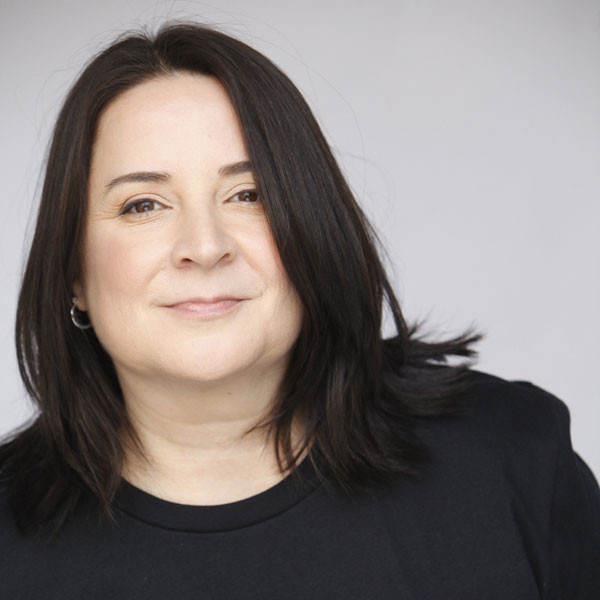 “Talented and Hilarious” – Los Angeles Times
“Comedic Gold!” – Latina Magazine
“A Knock Out” – My San Antonio
"She brings to light issues that impact the women of color community!" - QWOC Media
"Valls is as true to her ethnicity as she is to her sexuality; knocking TV audiences on their behinds!" Curve Magazine

Sandra Valls is a comic, actor, singer, writer, and badass. She is best known for her powerful stand-up comedy performances in Showtime’s, The Latin Divas of Comedy (nominated for an Alma Award) and Pride:LGBT Comedy Slam, hosted by Bruce Vilanch. Her unique mix of physical comedy and brilliant story telling make it easy to see why the Los Angeles Times calls Sandra “Talented and Hilarious”, as well as being included in Curve’s 2017 Power Listas One of the Most Influential Queer Women in the Country.Latina Magazine voted Sandra One of the Top 33 Bad Ass Comics with Latin Roots. Curve Magazine calls her One of the Top 10 Funniest Lesbian Comics and Go Magazine has named Sandra One of the Top 100 Women We Love.

Always an human rights activist, Sandra was also honored in her hometown of Laredo, Texas with the 2013 International Woman’s Day Award for being a trailblazer and empowering women and was chosen by Unidos-The National Latino LGBT Human Rights Organization to be part of their prestigious list for Project VISIBLE Latinos LGBT in the USA and Puerto Rico: Out in Leadership. GLAAD has honored Sandra’s work at Mun2 with a Special Recognition Award for her groundbreaking achievements in production for promoting fair and accurate representation of the LGBTQI community in English-speaking Latino television.

Furthermore, The California Senate presented Sandra with a Certificate of Recognition for her relentless support of people in recovery in the LGBTQI community as exemplified by her leadership in producing “One Gay at a Time", a comedy show that celebrates people in recovery.

Sandra is also an actor, singer, and a published author (Out on the Edge: America’s Rebel Comics)