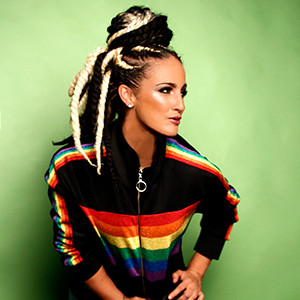 Born in Madrid and based in Denver Colorado, Tatiana is an established International female DJ with over 20 years in the industry. Her passion for music, international travel and an undeniable energy that draws crowds to the dance floor, has placed DJ Tatiana into a class of her own making her one of the most sought-after DJ’s in the game. Tatiana’s experience traveling the world has allowed her to become fluent in different genres and sounds including hip hop, top 40 remixes, moombahton, house, Latin and circuit. Her honed DJ skills, mass following and extensive music library that knows no borders, allows her to play to any crowd.

DJ Tatiana has current monthly residencies in Denver Colorado, San Francisco, CA and Los Angeles, CA drawing crowds of 2500 - 3000 people nightly, as well as her other monthly residency at  First Fridays, the largest monthly women's party in the USA. She also holds seasonal residencies at Temple Nightclub and at DRLO Live in Madrid, Spain.

Aside from these residencies, former Billboard DJ Tatiana demonstrates international relevancy, headlining events around the world.