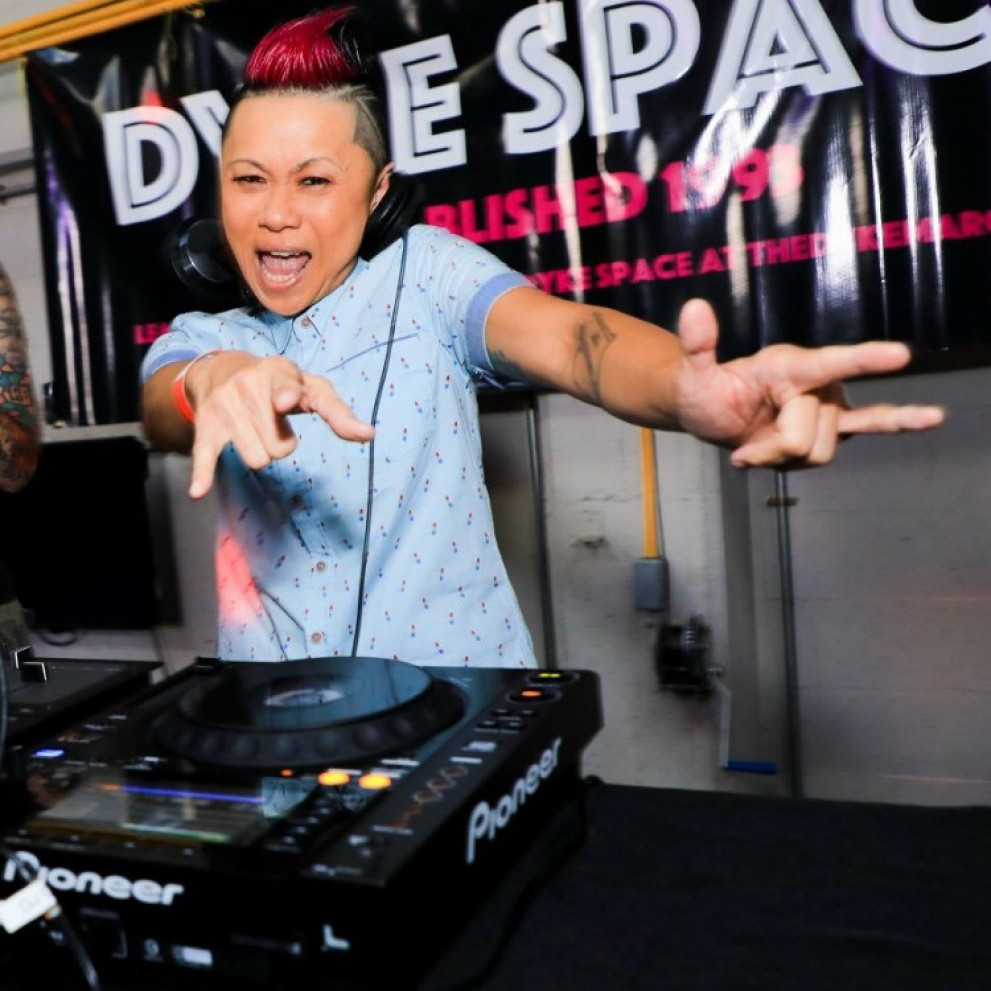 Elyssa Pon aka DJ China G is a native to California and has been a long-time resident of San Francisco. DJ China G has a deeply rooted passion for music. Her musical background extends to childhood. DJ China G began playing guitar at the age of 13. She later became a lead guitarist in a rock band and was the only female member. That band successfully got signed, distributed one album, and toured across the United States. DJ China G also went to school for music fundamentals & production. Her knowledge of different genres stems from working at a couple of record stores.

In the last 19 years DJ China G has been an international DJ and club promoter in the LGBTQ community. She was the co-founder/promoter and DJ of the renowned queer/lesbian party Rebel Girl from 2000-2009. Rebel Girl was voted the Best of the Bay in 2002 for the best place to see Hot Chicks Dance. DJ China G has also been featured in the San Francisco Bay Guardian and SF Weekly magazines for her musical achievements.

Starting in 2010 to the present, DJ China G spins for multiple parties at Vancouver Pride including Lick Club, Babes on Babes, El Hangover, Man-Up, Sunset Beach Vancouver Pride. She has had the honor to spin for the 1st Women’s stage for SFPride; SF Pride’s Dyke March; was on the DJ Truck for SF Pride's Pink Saturday and the SF Dyke March for 2018; the SF LGBT Community Center’s Soiree 8th year Anniversary; and for the world-famous Club Skirts Dinah Shore Weekend in 2017& 2018.

DJ China G continues to DJ for the Bay Area LGBTQ club scene at parties like UHAUL SF, Jolene's Bar, Vice Tuesdays, Kool-Aid, Bad Habits, Hot Toddy, Swagger Like Us at the Port Bar and Sugar at the Cafe. Other parties included; Cockblock, Cotton Pony, She Said, XO, Ships in the Night and Pussy Party. She also travels and has been a guest DJ at Fantasy Fridays (Los Angeles) and Lez do it (Portland, OR).

DJ China G loves her career as a DJ. With her musical background, she has mastered the art of working her crowd and getting them to dance. She likes to challenge herself and the crowd by creating unconventional mixes with a large variety of musical genres. She continues to live her dream by playing music and being surrounded by other talented artists that share her dream.