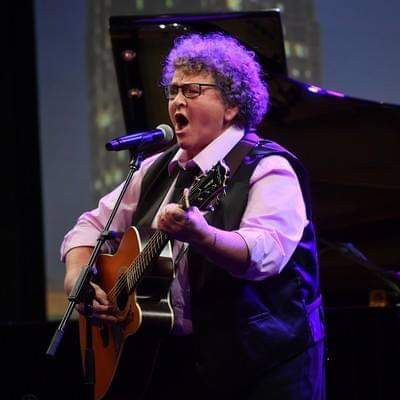 Some singers today need a team of backup singers and a ten-piece band. Dianne Davidson could stand on stage with nothing but her voice and her songs and you’d hear more depth and power. She’s played her rock/blues/R&B songs in everything from Carnegie Hall to prominent Nashville venues. There’s a reason Variety called her a “… (a) chillingly powerful vocalist.”

Audiences love her between-song patter as much as her songs. In addition to solo concerts, she’s opened for Neil Young, the Moody Blues, and many more. She’s sung backing vocals in the studio and on stage with a host of well-known musicians—Linda Ronstadt, the Earl Scruggs Review, Jimmy Buffet, David Allen Coe, and too many others to list.

If you want solid songs presented with an impressive set of pipes in an emotion-packed performance, look no further than Dianne Davidson.